Farewell to Pierre – an Explorer Leader and a true Scout

We are very sorry to announce that on the 12th December 2020 we lost Pierre Lindberg a much valued member of our Explorer Leadership team. Pierre was a Scout through and through. Pierre was an Explorer Leader for 8 years, but he was also a Scout as a child, believing passionately in the values of Scouting and he lived his life by them.

The first of these values is Integrity, being honest, trustworthy, and loyal. Pierre was honestly one of the most loyal people I have ever had the pleasure to know. His word was his bond and he supported those around him without compromise. In scouting, Pierre was not just there for the fun stuff but came along with me to every leaders’ meeting he could just because he knew this was the boring bit of Scouting that nobody really enjoys, and so he wanted to show his support. But the way he spoke about his judge and his lovely wife I know he displayed this same loyalty in all areas of his life.

Respect is our second value and Pierre was a gentleman who always showed the utmost respect for everyone he worked with of all ages. He believed very strongly in teaching this value to the Explorers with self-respect and respect of others. Part of respect for Pierre was also respect of equipment. I often leant Pierre equipment, either my own or from the Scouting stores and he always returned it in better condition than he had borrowed it. When I thanked him, he would simply say but Nicola this is being a Scout. Show respect and ensure everything you give back is clean with little repairs made, it is what we are about. To Pierre this is a value that was so ingrained that it was simply how he lived his life.

I asked the other Explorer Scout leaders if they wanted me to say anything on their behalf at Pierre’s funeral and Care would be the value that they mentioned most. They all talked about how kind and thoughtful Pierre was, what a caring man and a great role model to the teenagers with whom we worked. They especially remember his love of the environment and the special time at a bird ringing camp when he so enjoyed sharing this with the Explores.  Everything he did, he did with love.

Our final value is Belief and for Pierre it was all about attitude. The attitude that we can do anything, that we should live life to the full and always give of our best. Pierre lived this value to the very end. One of Pierre’s favourite activities was the winter survival camp we held in February every year. It was by its very nature our toughest camp and one that tested everyone in different ways. But for Pierre it was real scouting, getting back to basics. Building shelters, skinning rabbits, and cooking them on open fires and very importantly working together to survive. It was one activity he never wanted to miss and as such always took personal leave to be sure his weekend was free. One of my favourite memories of Pierre was a camp in 2015, it was so cold that we all had to sleep in this little concrete building as we couldn’t even get tent pegs in the ground. Pierre understood the importance of keeping a good fire going at all times and having good food ready. He made this his task and I remember watching him with different Explorers as they wandered over to help him, seeing his gentle nature and guiding ways. When we lose a friend, we have a memory that keeps coming back and this is mine.  When Pierre was diagnosed with cancer, he said to me I am ready for this. All those survival camps have taught me how to handle difficult situations and to fight on, this is where all my years of scouting help me.

We will always remember Pierre with such love, for his kind and gentle ways. May we all learn from him and live by our Scouting Values. 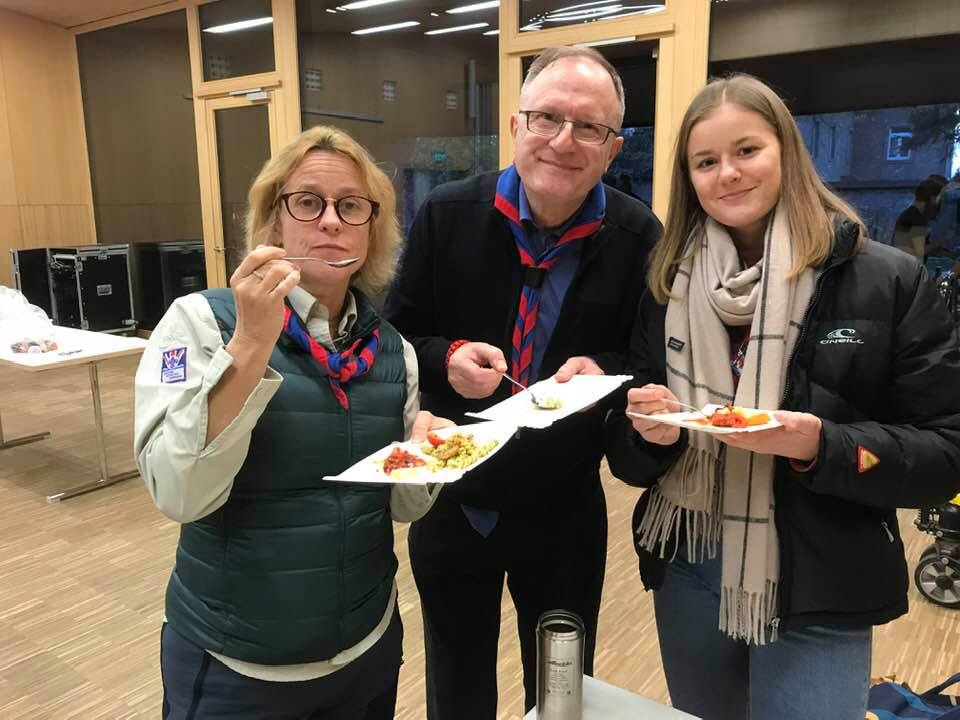